This outrageous comedy, is not, as you might imagine,
a sequel to the hugely successful cult hit of the late 60's and early 70's.
According to its producer, L. RANDALL NOGG, "Our film is not really a sequel at all,
but a parody of the original Reefer Madness."

Working in conjunction with the west coast comedy troupe, THE L.A. CONNECTION,
Nogg took the original Reefer Madness, removed the old soundtrack
and substituted all new dialogue, music and sound effects.
The final result is one of the most innovative and entertaining independent films
to come out of Hollywood in years.

"Don't let the title mislead you" Nogg says.
"You didn't have to see the original version in order to enjoy our film.
REEFER MADNESS 2... THE TRUE STORY isn't a rehash of the old Reefer Madness --
or even a dated drug satire. Our film is a totally off-the-wall comedy...
very much in the same tradition as classic comedies like 'Airplane!' 'The Naked Gun,'

The film took over two years to complete.
This was due to the difficult process of trying to write comical dialogue
that would approximate the mouth movements of the original actors...
and the time consuming work of "dubbing in" those lines.

In addition, Nogg was a stickler for a strong story line.
He insisted that there be an inherent logic to what is seen on the screen...
no matter how outrageous. Subsequently, the script was rewritten many times and
individual scenes and lines were constantly being "tweaked" until they were just right.

Did they succeed in making a tight and effective comedy?
Well, as always you the audience will be the final judge,
but if you want to see what some of the critics had to say, check out our reviews. 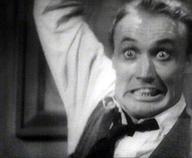 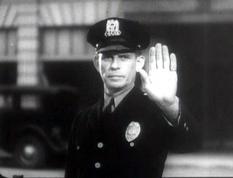 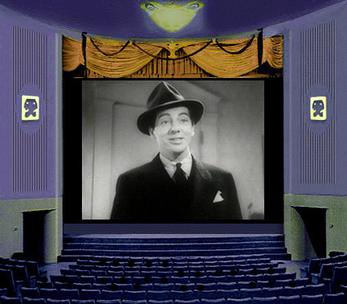 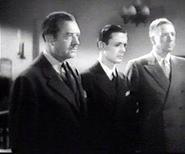